Since 2009 Heleen has her own law practise in the citycenter of Amsterdam, in the so called Historical canal belt. As attorney-at-law she has a general law practice with a focus on contract law and litigation and corporate law. The objective of Rechta Advocatuur® is a full service for the SME, providing services on different specializations. As of the implication of the sanctions in the year 2014 against Russia, Eastern-Ukraine and Crimea, Heleen specializes as well in the EU sanctions against these countries.

Heleen is on a part-time base writing her PhD thesis on the topic sanctions against Russia, Eastern-Ukraine and Crimea, including the way to the imposition of the sanctions (the Maidan protests).

In 2006, Heleen made the switch to the profession of Attorney at Law, where she first worked in general practice in a medium-sized office and then in a firm specializing in intellectual property. Since then Heleen attended on a regular basis courses and seminars, with a focus on the most relevant case law and legislative changes.

From 2000 to 2004 Heleen studied Tax Law with the so called civil effect at the University of Amsterdam. At the end of 2004 she obtained her LLM.

In 1985 Heleen decided to study Russian language and literature at the University of Amsterdam. During the year 1988 she studied one year at the Pushkin Institute in Moscow. In 1991 she received her Master degree and has been sworn to the Amsterdam Court as Russian translator. During her study Russian, Heleen founded a student travel agency, which was the company that she has developed after her studies. The company is a professional tour operator specializing in travels to Russia and the former Soviet Union for Flemish and Dutch tourists. Anno 2020 the company still exists. https://www.bolsjoj.nl/ 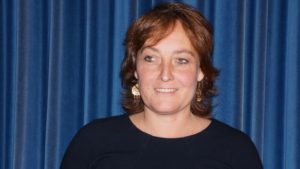 For More recent publications see the front page of this website, under: Latest News.